We had snow last couple of weekends. We beat the snow Saturday to hit Young's Dairy to take advantage of their 150th anniversary celebration. 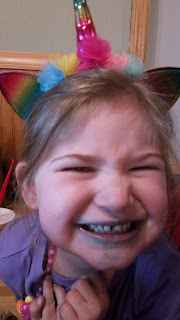 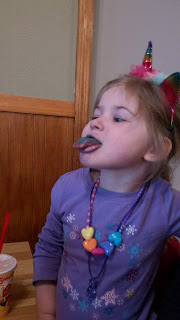 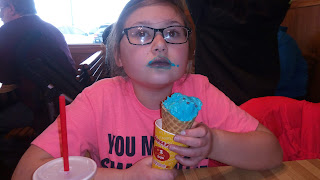 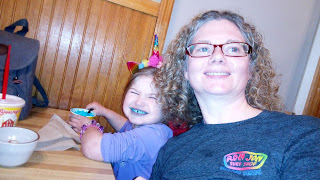 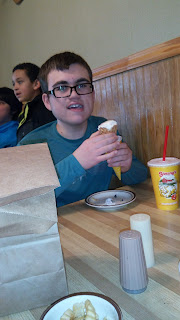 It rained buckets until turning to ice and then snow in the evening.  We ate lunch there. I drove. I usually don't do the driving but I've been less than stellar as a spouse/parent. Season 2 of The Punisher dropped the day before and I had spent too much time devouring episodes.

Thankfully, I finished the whole season before we lost our internet from the ice/snow storm. We didn't get our internet back until 3:39pm on Sunday. We played 2 rounds of Simpsons Clue to kill time.

Yesterday, the kids and I were off, but the weather was cold and Jenn. worked, so we hit Magic Castle for half-price Monday. I drove again. Darcy still had swimming at the Y, but refused to wear her swim cap, so I didn't run errands after wards.

A 2-hour delay messed up my running errands plans today.