Saturday was my nephews' 1st birthday party, which was ok. Almost wore my Roethlisberger jersey with my Punisher shirt, but I figured it was better to go with something plain. Brother inlaw wore his Punisher shirt, while everyone there loves Bengals or Packers. I missed the Steelers game due to work. Wow, what a weird one.

Sunday I ran errands with KD while dropping off BG at my mom's. Went to Epic Loot and KD bought what he wanted, then we went to Sam's. While there I took off my gloves and noticed my wrist was bare. I thought maybe I left the Fitbit charging, so I didn't think to look in the crowded store. After Aldi, we got BG. No Fitbit to be found at home.

Monday I called Sam's club and they didn't have my Fitbit. Fitbit Flex is GPS-free so the Bluetooth sensor is only means to track it. No signal was found in my car or house, so I moved on. Mom called and said she found it in her driveway. Almost deja vu of the glove incident last week!

Wednesday KD had his concert. My mom was most pleased. DJ was a spaz but I got to enjoy most of the concert.

Friday night we discovered DJ could climb her crib to freedom, so Saturday I moved her crib from our room to BG's and converted it to a toddler bed. Freedom for her is anything but joy for JE and me, thus far.

I took KD to Jack Mavericks befor the Steeler/Bronco game, and he was very happy. I'm glad I didn't invest much time towards the NFL season.
Posted by Dylan at 8:13 PM No comments:

New year, new blog, so it goes.
Financially speaking, year started badly, for we hit the outlet mall and bought stuff we didn't really need. But if the shoe fits, sometimes you feel compelled to buy it. 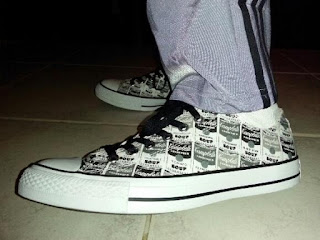 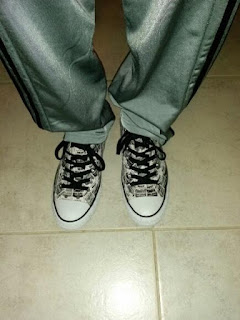 We left BG with my mom, so we hit several stores, including one where we found a waffle maker that makes 4 slices that aren't an inch thick Belgian variety. When we got home KD and I watched Ant-Man on our new television we had to buy to install his PS4. I had to work, but so far the year started with family bonding.

The next day we celebrated DJ's 2nd birthday since the following Saturday her cousins' were celebrating their first. I don't recall much of the day aside from the party where  my brother inlaw wore a Dead Kennedys shirt which made me realize why Dejan K. used their song for his theme song when appearing on radio/pod casts.  Again, I worked, so my day short.

Sunday was nice. I woke up around 1 and promptly watched football. The game was ok, but a miracle happened... Bills beat the Jets. I hadn't watched much football given the season is pointless until playoffs and whether playoffs is a reality makes the game worthwhile. Fairweather fan, I'm not. I just have to prioritize my emotional investment. Steelers lost some stupid games that I didn't bother investing time as a result. There's a reason highlight reels exist is my new thought process when time is to be divided amongst priorities. Anyways, KD actually cared about the game, probably as a means to get me to take him to Epic Loot. We listened to the soundtrack to Guardians of the Galaxy on the trip to and from comic book store. Almost stopped at my mom's to get some David Bowie CDs.

Monday, the  kids went back to school, and such days are fuzzy given my schedule and DJ being into everything, but I had the day off from work.

Tuesday, Help Me Grow came to interact with DJ. She didn't say anything, but played with them. They left before 10am and the Time Warner guy came around 11:30 before his noon-1pm window. The cable modem was up and running by 1pm and I shortly called Cincinnati Bell to fire their DSL service. Time Warner is faster and cheaper. Heck, magicJack works without static now! Cincy Bell tried to offer me a different rate after offering to void the modem charge increase which prompted their firing. Some people don't take no well. Weirdest thing was the first guy knew how to say my first name perfectly yet pronounced the silent "h" in my surname. Never had that happen before. I worked. People aren't used to my being in on Tuesnights, but I figured I'd not want to work Wednesnight after my mole was to be removed from the side of my head.

"Surgery" was uneventful, but JE came home early to take me. I had forgotten to take Cincy Bell's modem in, so I did so before we had to leave. I got back well before my mom was over, so we took advantage of DJ's naptime. My mom only had to watch the kids 50 minutes and she left before BG got home. I got pizza from Little Caesars shortly after BG got home rest the day is a blur. Fitbit seems to think I slept well after I felt the need to sleep. 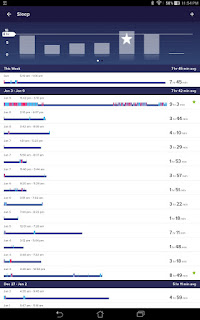 JE had Thursday off for DJ's birthday. I went with them to the latter's annual checkup. Dr. E seemed to take a while getting to the little room for DJ was climbing everything for a very long time. He strained to hear her murmur, but wanted to see us in 6months regarding the lack of progress in speech development. On the way to Meijers and BW3, we swung by the dermatologist's office because I lost a glove there the day before. JE didn't realize the glove they found while I was dazed and setting my appointment was mine. They had it for me at the check in desk since I called to pay the bill before we went to DJ's appt. I had resolved the glove was lost until JE had her revelation. I napped when we got home woke up after everyone ate dinner. I stayed up until after get back from work.

Friday the three of us went to DJ's cardiologist. We got good news after doing the Echo test which took 45 minutes of DJ sitting still of her mother's lap. Again we went to Meijers and I slept shortly upon returning home for a decent length before heading into work.
Read more »
Posted by Dylan at 9:22 PM No comments: